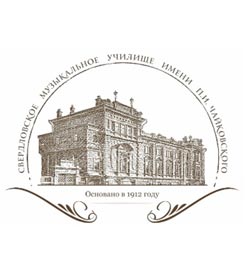 In the 1870s, a musical circle began to operate in Yekaterinburg, bringing together amateur musicians of the city.

In 1900, on Klubnaya Street (now Pervomayskaya), the director of the Yekaterinburg branch of the Siberian Bank, I. Z. Makletsky, built a special building with a concert hall for performances and performances of the musical circle.

In 1912, the building known as the "Makletsky Concert Hall" was bought out by the owner of the Sysert Factories, a well-known patron of the musical circle. The Russian Music Society (IRMO), founded on the basis of the music circle, presents it as a gift to the Yekaterinburg branch of the Imperial Russian Music Society (IRMO). In the same year, the IRMO opened music classes, which marked the beginning of all music education in the Urals.

In 1913 in music classes, which were headed by a pupil of the St. Petersburg Conservatory in St. Petersburg Tsvetikov, there are three departments: piano, solo and choral singing, wind and string instruments.

In 1916, by the decision of the Main Directorate of the IRMO, the music classes were transformed into a music school.

In 1928, the school was named after Pyotr Ilyich Tchaikovsky.

Currently, the school has about 400 students. The school's ten specializations cover all areas of academic and pop, vocal and instrumental music. More than 40 instruments are taught to play. Every year, students of the school become laureates of various creative competitions – from regional to international. Graduates of the school work in more than 30 countries (USA, Canada, Mexico, Australia, Spain, France, Italy, Germany, Austria, Holland, Slovakia, Japan, Colombia, Mongolia, Brazil and all countries of the near abroad). ANO “Ural Federal District Teaching House” works with the music school to conduct the Final stage of the International Educational Project "Arts Dialog".

Location of the educational organization

E-mail: This email address is being protected from spambots. You need JavaScript enabled to view it..